skip to main | skip to sidebar

The other day I read this article, and was amused at this particular author's take on telepathy. More precisely, why he wouldn't necessarily want to read the thoughts of other people. You have to wonder, if telepathy was a thing, would it be selective? Could you only read the minds of those you wish, or would your life be a cacophony of tiny voices, driving you to insanity, at the hand of the inane thoughts of the dullards all around you. His Rachel Jeantel example was spot on.

Sure, if telepathy resulted in the latter, you could go to a quantum physics conference, and from roughly eight in the morning to five in the evening, enjoy the most fascinating thoughts from some of the greatest brains in the world. But once the work day is done, and the bar opens, you likely won't luck out and get treated to Feynman-esque thoughts of playing bongos with hookers in South America; you'd be treated to really smart people and their capacity for depravity and minutiae, much in the same way of their capacity for intellectual stimulation. It's a continuum, friends, good with the bad.

Anyway, rambling thoughts aside, this article was meta-linked in the previous article, and it is an abstract of a Harvard research paper about using the internet, and other technology, to telepath furiously. You can tell it's serious because there are many strings of big words followed immediately by capital letters that are bookended with parentheses. I'm not sure what that means, but I'm guessing it's highly scientific and official. Harvard.

I'm sure I've posted here before my layman, layperson, theory of evolution: as humans, we are evolving into a superior race of cat people, #destiny. My wife (an actual scientist) definitely refutes that. Keep in mind that I have absolutely no evidence beyond thinking Orange Guy is awesome. And hope. But shoot, we've seen what happens when you add a little hope to a little bit of change. Wait, that's not helping my case at all. Either way, this telepathy stuff got me kinda thinking - what if?

What if this computer enabled telepathy became part of evolution? Human evolution is accelerating and the limits of bioengineering and robotics are getting pushed every day. We are constantly improving our knowledge and manipulation of inheritance and gene expression. At some point there's going to be an apex, or more likely, a vortex, into oblivion, you asshole humans.

Imagine one day in the not so distant future, finding a lab subject or two and serving them up a sick speedball of Lamarckian inheritance. It may take a couple generations and a little sci-fi leap of faith miracle action, but here (hear) me out. If you could implant a bio-bluetooth chip in the dna of a couple subjects, and hit that sequence up with the right combo of methyl-whatever to turn it on, and get it to send and receive the transmissions, bam(!), Jean-Baptiste Lamarck would no longer be the bastard child of made up stuff.

If and when telepathy becomes a thing, somebody is bound to hone in on my thoughts. And if you've spent any time at all on this blog, (or if you're telepathic) you already know what the next sentence is gonna say.

Yep, my guitar finally sold! And you know what that means? I can buy a fat bike! So you wanna know what I did? You wanna read about what I did?

I bought a fat bike.

To catch you up, in the past year or so I have been riding, checking out, and reading about various fat bikes. I had gone from a super budget bike to an expensive one, back to a budget-ish one, and all over the place.

Finally, I had it narrowed down; I was pretty much set on the Framed Alaskan Alloy ($1400). It wasn't due until mid-November, and I was fine with that. But then the date got pushed back to sometime in December, and I got kinda sketched out, not wanting to wait for an unknown and liable-to-change release date. So I crossed it off the list.

Note here that the Alaskan is a sweet bike, (and for the money, the Minnesotas ($8-900) are too, and the dudes at The House Boardshop are really stoked on the Framed bikes, rightfully so. Also, with this being my first fat bike purchase, I decided I wanted local bike shop support. That, and the wheels on the Alaskan were a huge question mark. Either way, it's off the list, for now.

Another one on the short list was the Specialized Fatboy ($2100), which I had ridden a month or two back, and it was pretty sweet, but not $2100 sweet. Having bought my first mountain bike from Erik's Bike Shop a year and a half ago, I thought I would call and see if they could do anything on the price. So I called, asked if they could help a brother out. You know, the kind of brother that would be buying his second bike in less than two years. The dude advised that because there are only two size medium Fatboys in the entire (entire!) company, they couldn't do anything. I forgot that Specialized isn't a huge company and probably couldn't send more bikes when current stock gets depleted. That, and when I brought my bike in for a tune up, they fucked up the rear derailleur.

Note here again, if you're choosing between any of those three, there isn't a bad choice. And the bike shop has a great reputation.

The day I rode the Mukluks, a Tuesday, I also put in a call to the other LBS and inquired about the Trek Farley that I was told was due in mid-October. At this point, I was wrestling with the 2014 Muk 2 for $2000. Note here that Heckyeahwoman gave me the go ahead no problem. It was my own inner demons and strife (Yes, Strife!) that held me up. Fast forward to Thursday, and I get a call from the LBS that one 2015 Trek Farley 6 ($1750) in each size will be available on Friday for testing.

So what did I do?

I went over Friday after work and rode it.

Then you wanna know what I did?

I bought the fuckin' thing.

Then you wanna know what I did?

I rode it furiously.

The bike is awesome. It rides (shitloads) better than my (entry level) mountain bike, a 2013 Specialized Rockhopper, which B-T-dubbs I really like. It's light and the component spec is great, especially for the price.

It's funny, they say when you ride a fat bike, the smile never leaves your face. Unfortunately, my smile is two thirds sneer and one third scowl. So while I may look like I'm pissed and don't want to be on my fat bike, know that I really do. Also of note, as stupid as it may sound, I really didn't want to go over the $2000 price point. Yeah my wife is awesome and was cool with that, but it was an asshole personal thing.

It's been almost a month and I'm still super happy. The bike shop, Riverside Bike & Skate has been fantastic. Their service has been top notch, and the guys there are almost as PUMPED as I am. Nice touch: they threw in the shitty pedals from the test ride, and when that shitty pair busted up, they threw on another pair for me in the interim while I wait for my nicer ones to ship, no charge.

Best part though, bringing the bike home and having Heckyeahwoman jump on it, and with that perfect smile, her telling me she wants one. So yep, my mountain bike is now for sale - you should start seeing those postings soon. 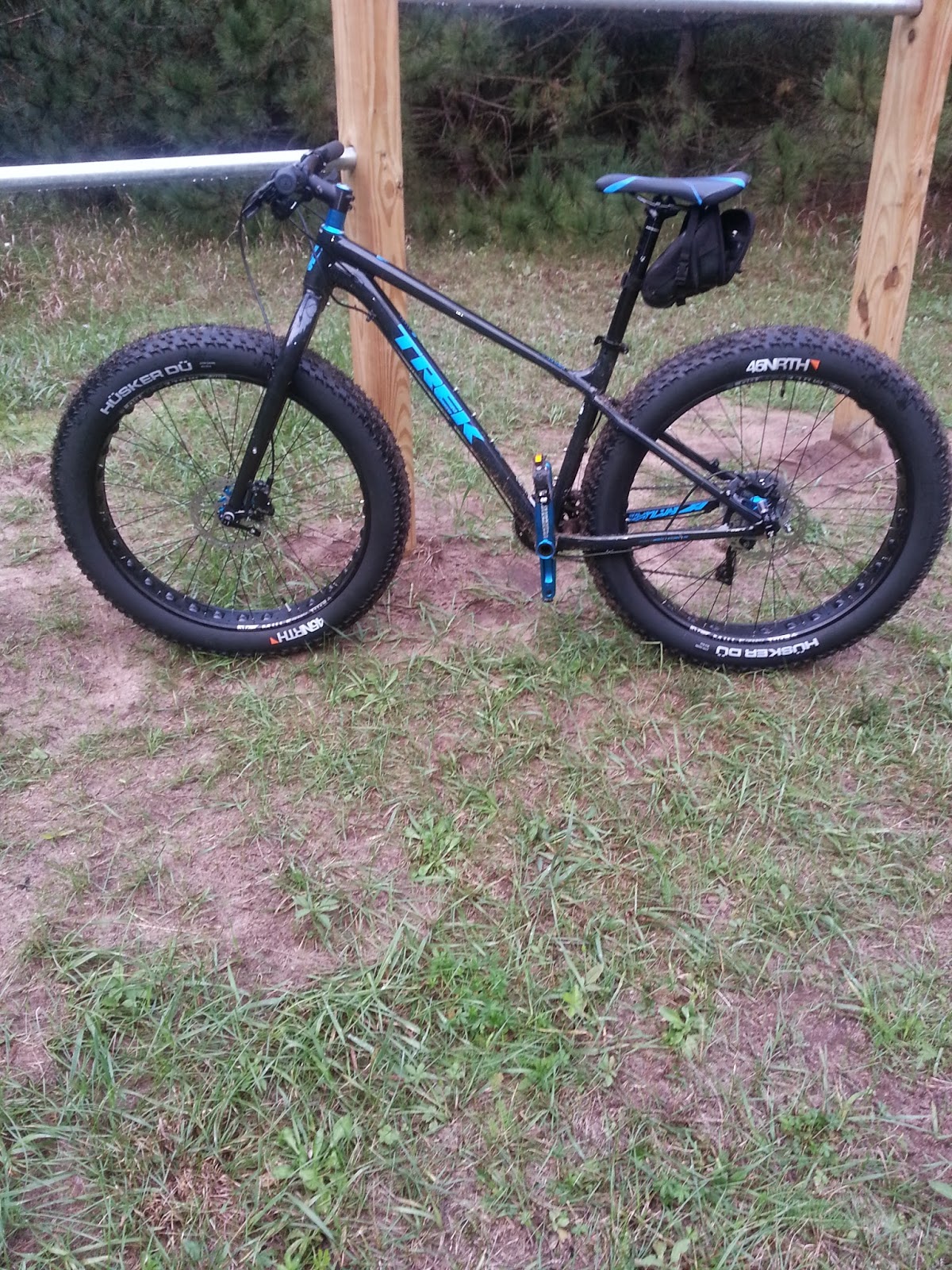 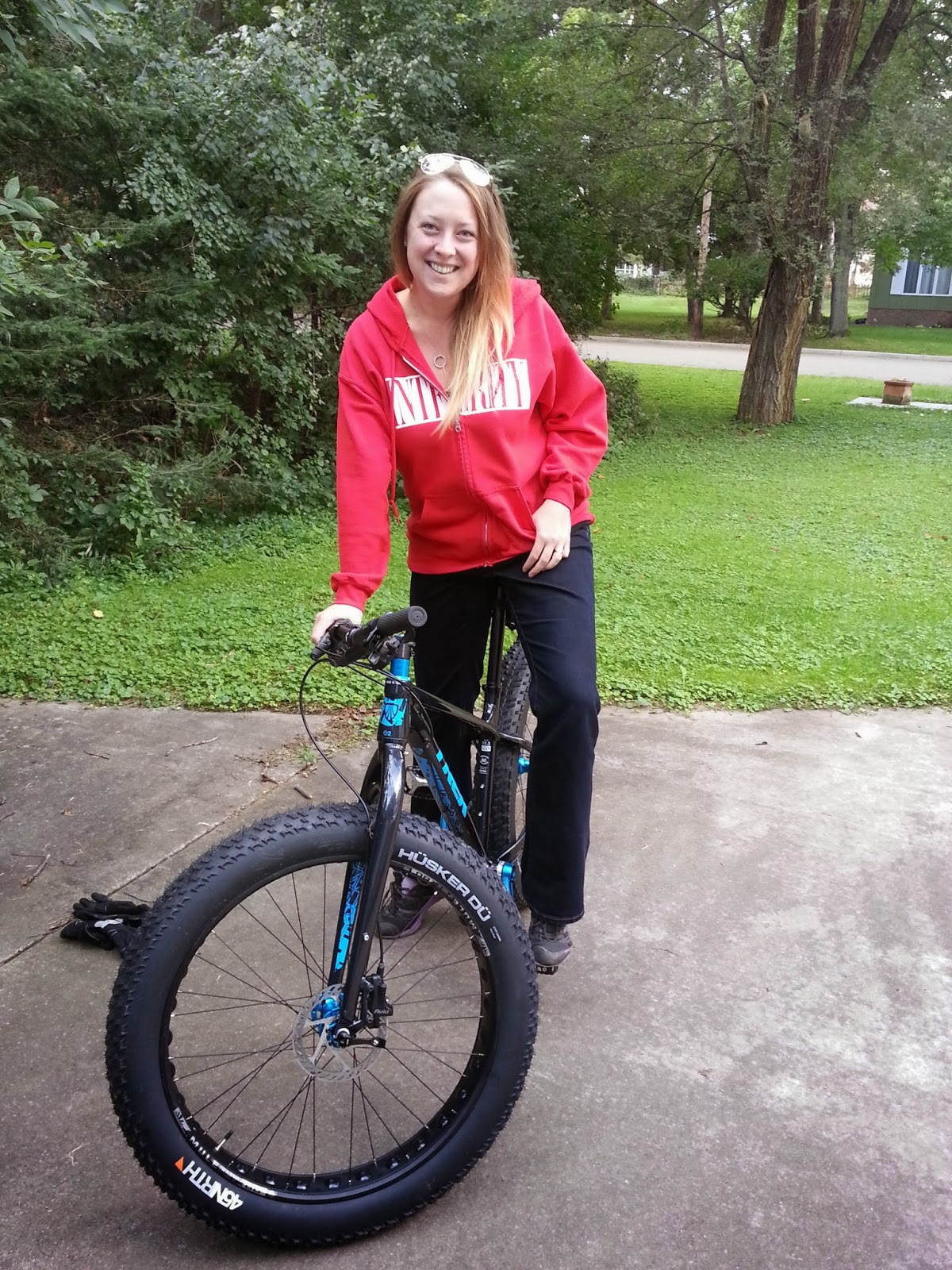 tall man on the loose in tampa area

True story, there is a tall man terrorizing the Tampa area. This weirdo usually hangs out around parks, trying to find pick-up games of basketball - during which, he will grab the ball and maneuver around so that you come into contact with his stinky, naughty bits.

His signature move is the "bait and switch junk grab". As you're grabbing for the ball, his junk magically appears. In the way of your hand.

Another one of his famous moves is to let the ball go loose, then as you scramble for it, his sweaty ass gets in the way. Of your face.